We have to admit that we were kind of overwhelmed by what we experienced at the Develop conference in Brighton this year. We had amazing chats with old and new friends and saw awesome projects that are still work in progress or already finished. So we decided to not keep all the good guys and hard work they invested to ourselves. Instead, we’d like to tell you about who we met and what they are working on right now. We’re really happy to give credit where it’s due.

But before we continue, first of all, we’d like to say a big thank you to our friends from Rocksteady Games that we were visiting a day before we continued to travel to Brighton. Was a pleasure meeting and chatting with you …

So, enough talking. In no particular order, we’d like to say thank you to: 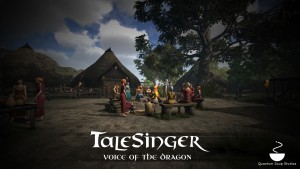 Chris is Managing Director at Quantum Soup Studios, where he and his team develops games since nearly two decades. Mostly story-driven games for all platforms.

Their current project is Talesinger – Voice of the Dragon, a narrative RPG without combat set in Iron Age Wales.

Ian is a writer, narrative designer, games programmer, and published author and screenwriter. Over the last twenty-five years, he’s worked in interactive television, education, film, publishing and the games industry.

Giles is a writer and narrative designer, and has worked in the games industry for ten years, with contributions to more than thirty shipped titles in various roles.

Both are cooperating with Chris Payne and are also working on Talesinger – Voice of the Dragon. 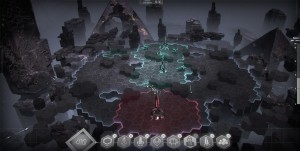 Justin is the founder and Creative Director at Dream Harvest. Dream Harvest itself is a collective of creative developers who have come together to make bold, exciting hardcore gameplay experiences with a focus on combining genres and creating carefully crafted game mechanics that challenge players in new ways.

Their actual project is Failure.

Jack gave an interesting speech at this year’s Develop conference called: Taking Control: When a Game Designer Starts a Games Studio. Jacks previous work has been experienced by millions of players and Flavourworks’ first unannounced project is generating huge buzz and has attracted some of the industry’s biggest names. We’re excited about what lies ahead for Flavourworks.

CMD, for which Mark works for, is a web agency. But Mark and some pals right now also worked on Depot, an in-development sci-fi/horror episodic exploration game. Visit Depots Facebook Page to learn more.

Tom is Creative Director at Cold Sund Studios. Since graduating from university, Tom has developed his skills and passion in Level Design, Game Design and Narrative Development and is actually working on Under Bed. Which is a fantasy dungeon-crawler in its pre-production phase.

Just as an example of their work we’d like to mention Fallen London at this point. Placed in a hilarious Gothic underworld the players’ actions affect everything from the fate of the British Empire to the price of its own soul. 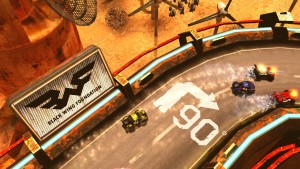 Holy Warp is a company that develops games like Speed Kills, an 3D isometric battle-racing game in the good ole’ tradition of games like Rock’n’Roll Racing etc.

It’s without a doubt a game that you can call without having to worry fast, full of action and colorful. In one word: FUN!

We Heart Dragons is the award winning micro indie games studio of Alex Trowers and Leanne Bayley.  Alex and Leanne started making games together in 2013, they chose the name We Heart Dragons after using it as their team name for the Global Game Jam that year.

Their actual game title is shortly before its release. Watch out for Glyph Quest Chronicles in the App Store or Google Play Store.

Eat Create Sleep is an indie game studio situated in the medieval town of Visby, Sweden. Our focus is on innovative gameplay experiences with a lot of heart and meaningful themes. We ask tough questions with our games and let the player explore the answers.

Their recent projects they are currently working on is called Crest – Ancestor Worship.

And with that, we’d now like to close this varied array of links & information of awesome folks and creative projects. Hope you guys enjoyed it and have as much fun stalking this folks and projects as we had chatting to them in Brighton.