Saint Kotar: The Yellow Mask is a unique horror-adventure that breaks the mold of classic point-and-click adventure games.

Today we went behind the scenes and talked to Marko about what makes Saint Kotar special and learned how articy:draft helped bring this captivating prologue to life.

Articy: Please introduce yourself and tell us more about the team at Red Martyr Entertainment.

Articy: Saint Kotar is a dark psychological horror adventure set in a small rural town. How did the story come to be, what was your point of inspiration?

Marko Well, stories fascinate me, in every form and medium. This is what Red Martyr is, a studio that specializes in creating stories, especially interactive stories. Movies, shows and games that take place in rural, mountanious regions always intrigue me. That feeling of mystery is what fascinates me and drags me into the story. This is how Saint Kotar was born. A setting that has always intrigued me, but this time placed in my own world and in the mountain region of Croatia – Gorski kotar. The fictious name of the town where the game takes place, Sveti Kotar, and the name of the game, are a way to give recognition to that beautiful place.

Articy: Saint Kotar has 2 playable characters in Benedek Dohnany and Nikolay Kalyakin. Is the player experience essentially different based on which character is being played?

Marko: Of course it is. These two characters are very different. Both have their own desires, weaknesses, ways of talking, and views of the world. How they view the world is not just part of their character, of who they are, but it is also a part of the game. So when players change control from one character to another they also experience the change of reality – locations change in visuals and sounds. If both characters are in the same location at the same time, the players see this change in real time. This was not added just to have a nice feature in the game, it is there because it has to do with, like I mentioned, the characters. It impacts not only the visuals, but also the story and the gameplay (the puzzles).

Articy: What kind of consequences do player choices have in the game?

Marko: Players’ decisions affect everything, both the story and the gameplay. It can be something unimportant, like a flow of the conversation, but it can also change the flow of the story into another branching line. Some decisions have heavier effects as they affect other characters, sometimes even their fates, including both of the playable characters. What the player chooses to do can often seem like not having any consequences, only to discover later on that it did. For example, the player does something with one playable character and gains a benefit from doing that. Later, he discovers that what he did made his progress in the story now harder with the other playable character. The prologue of the game, Saint Kotar: The Yellow Mask, is just an introduction, as the decisions made in it will start to show the consequences only later on in the full game.

Articy: How does articy:draft help you manage the narrative content?

Marko: We use Articy Draft 3 for all of our narrative, gameplay design, scripting, and as a container for some of the assets (item icons and voice over lines). Then, with the use of the Articy importer, and thanks to the custom framework we created, we are able to simply export all of them into Unity. Articy really changed the way we work, and it did by giving a massive help with the game elements I mentioned above.

Articy: Which articy:draft feature did you find the most useful for this project?

Marko: Well, it’s hard to pick just one feature because everything I mentioned before is equally important for us. But if I need to pick just one, then I’d say it is the simple scripting it offers. As the writer and designer, I can do everything in Articy and just export the content, with all the scripting, without even looking into Unity.

Articy: Do you have any tips and tricks that you care to share with developers who are new to our tool?

Marko Well, I’d suggest to start prototyping first. Of course, setting everything up in the first place is the first thing to do but once that is done they should first test and see how everything works. If they intend to create a video game, they should first create a small portion of that game that should have every feature the full game will have. This will save them a lot of headaches down the line as upgrading the concept in the later stages of the project becomes harder and very time consuming.

Articy: What is next with Saint Kotar? What should the players be looking forward to?

Marko: On June 18, 2020, we are releasing the prologue for free. It offers 2 to 3 hours of gameplay time, sometimes even 4 depending on the style of play. Since it has branching storylines, just like the full game will have, it’s impossible to see everything in one playthrough. The idea behind the prologue was to show to the players how the full game will look, sound and play, and to show what we’re capable to create. We need additional funds to develop the rest of the full game (which will have up to 20 hours of gameplay time) and so we decided to launch a campaign on Kickstarter on the same day of the prologue release. So, the Kickstater is now live and it will run until July 18. Without the prologue we could have never launched the Kickstarter campaign because we couldn’t possibly expect someone to back us without it. You have to show your vision of the full game and what you’re capable to do in order to expect the support.

Articy: What advice would you give to a young developer looking to start their first game?

Marko: Just start and don’t give up. Be hungry and always learn. Start with a small project, no matter how silly you think it is. Releasing a game is possibly the best feeling there is, but the process behind it and all the sleepless nights could be frightening. Not giving up is crucial because game development is not easy but at the end of the day it is the most beautiful job there is. 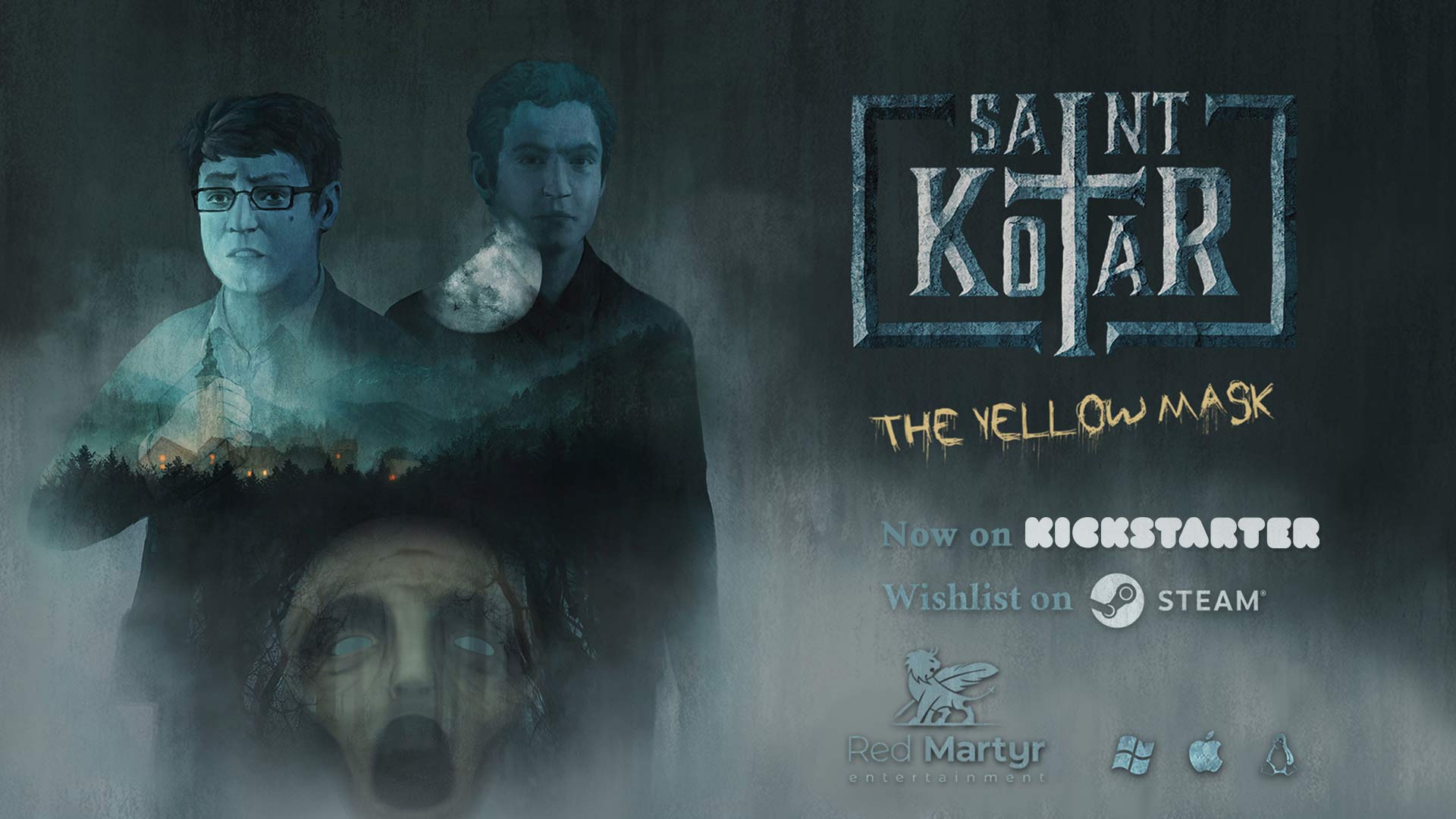