The Detail is an adventure by Rival Games made with the help of articy:draft. It takes place in the streets of a crime-ridden city. On the one hand the player plays Reginald Moore, a Dirty Harry like character and on the other hand Joseph Miller, an informant dragged back into the life of crime. The player needs to investigate criminal activity, while trying to bypass the pitfalls of an underworld where every choice holds consequences.

We are happy we had the chance to talk to Mika JD Sorvari – lead writer of The Detail – and ask him some questions about the project and how they used articy:draft. Thanks to Mika for kindly answering our questions.

Articy: Hi Mika! Could you please introduce yourself and Rival Games.

Mika JD Sorvari: I am Mika JD Sorvari, the lead writer of The Detail. I’ve worked at Rival Games as one of the first hires for some three years now. Rival Games is a Finnish independent game studio that currently employs around 20 individuals.

Articy: Can you describe to us what makes your interactive storytelling so innovative. 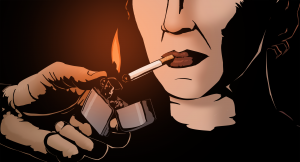 Mika JD Sorvari: Our innovation is partly in recognizing that there is a growing audience who want more substantial story content in games on a variety of platforms, including mobile. We have aimed to offer this very thing to this, mostly more mature audience. Also, we do not underestimate our audience like so many studios do these days.

Articy: Please tell us a little bit about „The Detail“ and if you are allowed to maybe also about projects you are currently working on? 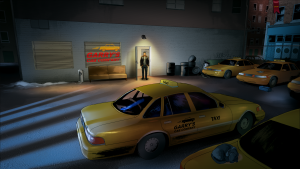 Mika JD Sorvari: We’ve recently finished the first, three-part season of The Detail. It is a modern neo-noir crime story where the player gets to inhabit a number of characters and make choices for them, which naturally influences the narrative. The Detail uses elements of classic adventure games, but relies more on the story and wraps it all up in a unique graphic style which has drawn praise from gamers and critics alike.
We aren’t at liberty to discuss our other projects at this time due to them being cooperative efforts with IP holders, but suffice to say, Rival Games continues to focus on the branching narrative experience, though it can take many forms.

Articy: What was the most complex challenge you faced while developing The Detail? 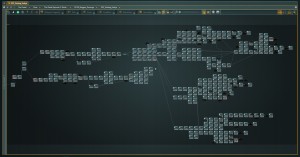 Mika JD Sorvari: Keeping track of all the choices and ensuring that they make sense for both the characters and the bigger picture is naturally a challenge for the writers. Implementing such a vast field of possibilities challenges the coders, since a rich narrative makes for a whole host of different potential combinations that must all be tested somehow. The management of course has to balance the amount of variation with the resources at hand. In short, branching is the challenge.

Articy: Did you expect this as the most complex challenge or was it a surprise for you in the process?

Mika JD Sorvari: The Detail is actually the first video game I’ve worked on, so there was a huge but satisfying learning curve involved in developing the first season. Still, on a day to day basis, keeping the branching narrative from just exploding was the main challenge, and one that I did expect to give me a headache or two.

Articy: How was the team able to „tame“ this challenge to not postpone deadlines?

Mika JD Sorvari: Writing is a forgiving problem to have in video game production, since it isn’t the most time consuming part of the process. Implementing the writing is what tends to take up the most time, and causes schedules to turn into bubble gum. The answer is in keeping good, steady hours, avoiding overtime and balancing work and free time. Crunch is to be avoided.

Articy: Of what significance is articy:draft as a production tool for you? At what point do you benefit the most from it? 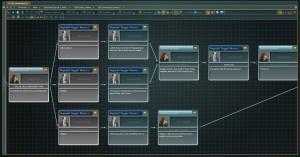 Mika JD Sorvari: articy:draft is a primary tool for me and our other writers. Pre-production, story meetings, story arcs and the like can be handled in the traditional way, much in the same way as they are for movies or tv shows, but when it comes time to branch that narrative out and write down the dialogues, Articy is essential.

Articy: How did the relevant workflows look before you use articy:draft in this particular area?

Mika JD Sorvari: Early on, in pre-production really, some branching dialogues were attempted in a simple Word file, and the end result looked like the work of a madman. Whatever semblance the finished product has to the work of a madman is purely coincidental.

Articy: Why do you choose articy:draft over other tools? Is it possible to give us some pros and cons?

Mika JD Sorvari: Really, articy:draft was what the management suggested to me. I had a look, found that it gave me a good graphical way to look at the way the dialogues are structured, and the power to set down the logic for those dialogues without the coders having to get involved. As for cons, it isn’t always the most user friendly product, in that it displays some engineer logic in how it works, but once you get around to its way of thinking, you’re good.

Articy: Is there any feature you can think of you would absolutely love to see in a future articy:draft update?

Mika JD Sorvari: I suppose a richer and simpler way to test out dialogues would be quite handy. The current system is both a bit spartan and a bit clunky.

Articy: And finally, is there anything in general you would like to share with ambitious developers that – maybe – develop for the same genre? Some practical advice or some prewarning they need to prepare for? 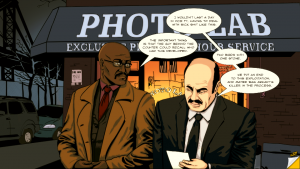 Mika JD Sorvari: Prepare to manage and navigate a complicated creative field. When you make something that is just based on mechanics which need to be paired up with cute graphics and a catchy tune, things are still quite straightforward. Working on a narrative heavy game, especially one that may be open to a variety of interpretations, you will have to get the whole team on the same wavelength, to share a vision. This is about as ”easy“ as it sounds.

Articy: Thanks a lot for the interview and for sharing this information with us. We wish you all the best for The Detail and your future projects! 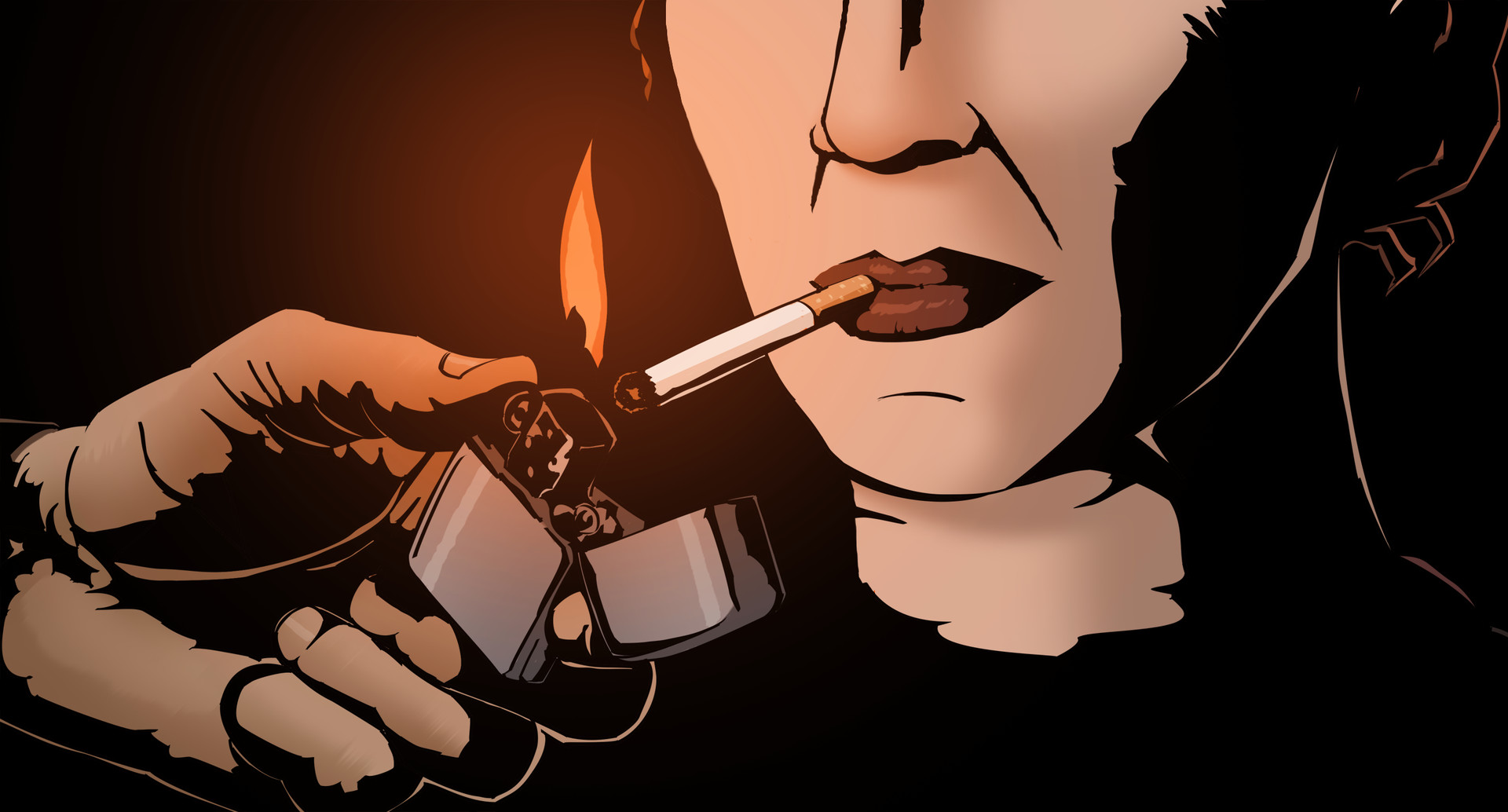 You can find more infos about The Detail here:

Go and grab your copy over at Steam: http://store.steampowered.com/agecheck/app/436430/