Death and Taxes is an exceptional narrative-driven adventure game where you play as the Grim Reaper, working for Fate, the Keeper of the World Order.

Today we went behind the scenes and talked to Oak about the development of the game and learned how the team uses articy:draft. Got some pointers for other devs too!

Articy: Please introduce yourself and tell us more about the team behind Placeholder Gameworks.

Oak: Hello! I’m Ott Madis “Oak” Ozolit, I’m a game developer at Placeholder Gameworks, been with the studio for nearly a year now and been in the industry for about 7 years. We don’t have a “standing” team at Placeholder, but rather we are a collaboration of gamedevs who work on projects that we like! For our debut game, Death and Taxes, we had about 8 people involved with the main development process in different workload capacities, and 3 voice actors.

Articy: A Grim Reaper in an office job, now that’s a story one doesn’t come across every day. What inspired you to pick this subject? Were there any concerns that it may be too dark or taboo for some people?

Oak: We absolutely had those concerns and that was also the reason why we wanted to make it. Everybody has their own brush with death somehow, sooner or later, more personal or less. We thought that It would be a nice starting point for a discussion, and indeed, we have seen people tackle difficult topics about death and morality after playing. The project lead, Leene Künnap, wanted to design a safe space for people to experience and reflect on topics about mortality and the value of human lives. It is very much a heavy topic, but it shouldn’t fall into obscurity, because when we ourselves are confronted with death or already have been, it helps to talk about it.

Articy: When you play the game and make a selection of choices, the next morning you get a glimpse of how your choices affected the game world by reading the news. But how deep can those consequences run? Can you end up destroying the environment or tanking the economy if you consistently kill people with certain professions?

Oak: The gameplay is fairly straightforward – people you mark to either live or die affect the world in 4 distinct parameters, prosperity, ecology, health and peace. The combination of these parameters dictates how well the world is doing generally and it is shaped by the players’ choices of who lives and who dies. You can always have an educated guess on how a choice will affect the world, so yes, if you mark people of a certain profession to die, then the world in that particular area will begin to suffer. Not all of these people are good actors in their respective fields, though – a cutthroat forest logging CEO could in fact be funding leading medical research or social welfare programs. Your choices can be more ambiguous and difficult than just taking the people in front of you at face value, and you always have limited information….

Articy: When playing through the game multiple times, you don’t get all the same profiles to choose from each day as the previous playthroughs, and some of them are even new. Are the profiles you get every day related to the choices you make or to certain world conditions in any way?

Oak: Correct. Some profiles will only appear when certain conditions have been met, and some will have a higher chance of appearing if the world is in a certain state, for better or for worse. The player has tangible influence over what profiles they get for each playthrough, but a lot of it is still randomized, butterfly effect and all.

Articy: How does using articy:draft help you manage the added complexity that all the player choices and their consequences bring to the game?

Oak: The entire structure for both gameplay and narrative logic was built in articy and the visual framework it provides helps us see where the player could end up at a glance. With the 4 parameters I mentioned before, we have a solid framework to build variation and interconnectivity between separate narrative paths.

Oak: articy allows us to easily see how we can create cascades of consequence, in ways that both branch out and connect back together. Before that we were doing a simple, non-visual and one-way tree structure which was… difficult and left little to creativity.

Articy: When it comes to the use of articy:draft, do you have any tips or tricks to share with developers who are new to using our tool?

Oak: I would give three main pointers:
1. Read the documentation at least once, even if you just skim over it. Knowing the design language of articy itself is very important and there is no other way to learn it than by exposure and practice.
2. Use structural thinking and plan ahead. articy shines the most due to its ease in translating complex structures to comprehensible ones due to the strong visual framework. Make sure you don’t skimp out on putting time into figuring out how your systems work both as a whole and in separate parts. Time spent here is time saved later.
3. Don’t be afraid to start over! If you see that there are problems with your structure, flow or logic, just start over. This is super important, especially at the start, when you don’t know the tool all that well. The more experience you gain learning good practices and refining your workflow, the faster you will level up!

Articy: What was your experience working with the Unity Importer?

Oak: I have to confess that I actually don’t remember. And that’s a good thing because it was so easy. I don’t even know what to point out here. It’s basically plug-and-play and a lot of it works out of the box. The complex part comes after you have imported everything and are preparing to use all the logic in your game in real time, and that’s what you have the most control over. The articy part itself is very convenient and straightforward.

Articy: Any words of advice to developers out there looking to start their first game?

Oak: Start small, dream big. Your first game should not be a commercial one. Make something small, fall in love with making games, the whole process of it, and then you’re setting yourself up to succeed. Make a game as a birthday gift, or as a showcase for some cool piece of art that you’ve done, something small, but meaningful. Once you know your own skills and limitations better, you are much better equipped to start making a living on it! It’s always perfectly fine to go work in an established studio and make games there, too. I did that and then finally decided to go indie. I wouldn’t be able to be indie without those years of experience beforehand.

Play Death And Taxes on Steam 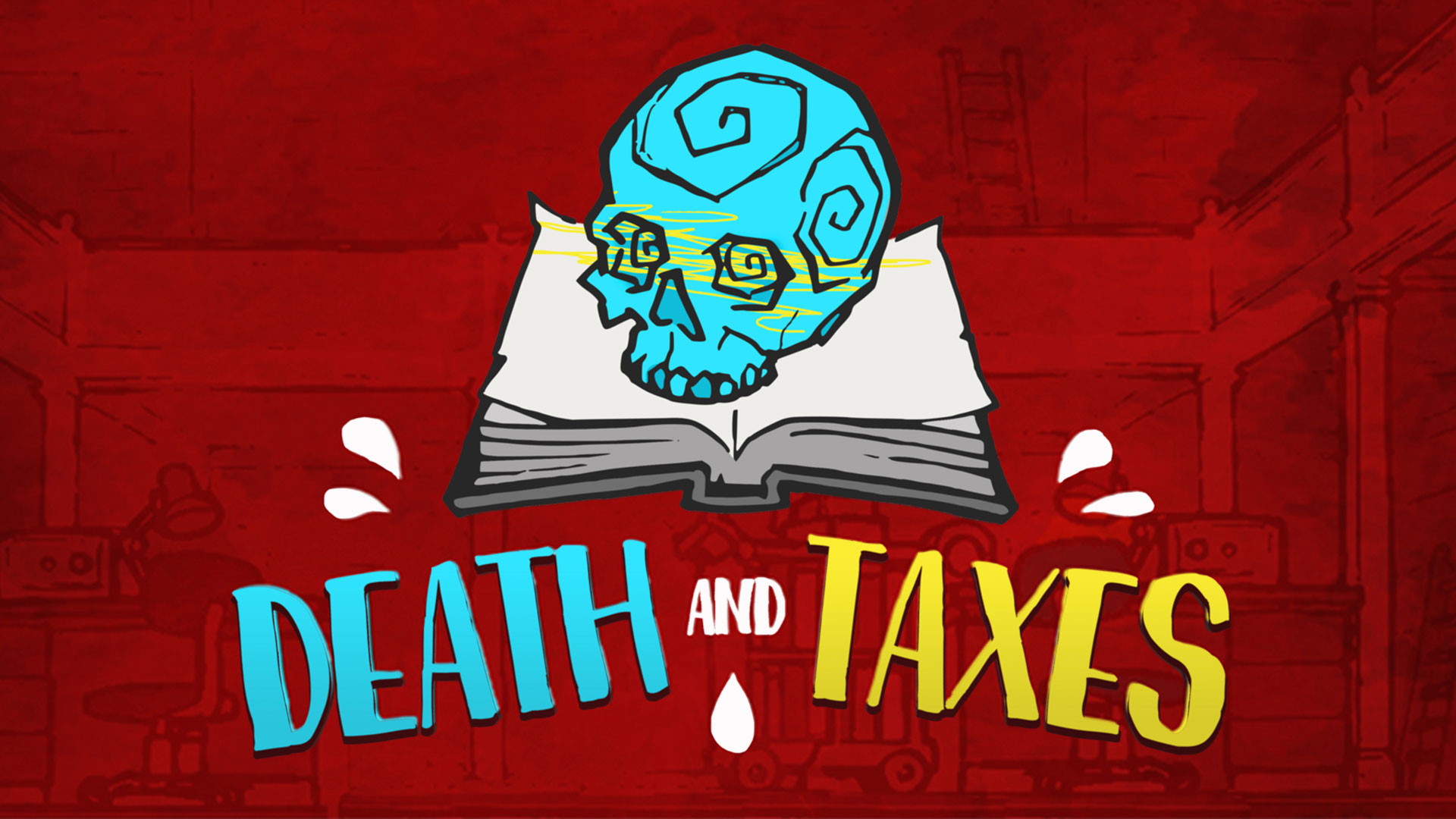 Want to try out our narrative design tool for yourself? Get the free version now!
Get articy:draft 3 FREE
*No payment information required