Enderal – The Shards of Order

At Articy we are always excited about our customers’ projects and how they use articy:draft. In this Showcase we talked to the German modding-team “SureAI”, who use articy:draft for their upcoming modification “Enderal – The shards of order”.

Articy: Hi there! Could you please introduce yourself? Who are you and how many people are in your team?

SureAI: We’re SureAI, a (now soon-to-be indie studio) modding-team, which has been active since 2003. From then until now we’ve released four projects for Bethesda Game Studios titles such as Fallout 3, Morrowind and Oblivion, three of them grand-scale Total Conversions which created an entirely new world with huge landscapes, it’s own lore and a professionally voiced mainquest. Our most prestigious title up to date is “Nehrim”, an Oblivion Total Conversion, which has been downloaded over 1 million times worldwide. Right now we’re 10 people in our core team, plus around another 10 external contributors, not counting the voice actors.

Articy: What are you currently working on? Please tell us more about your current project “Enderal”. 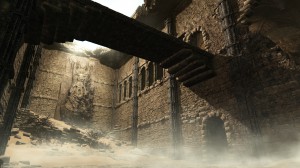 SureAI: Enderal is a Total Conversion for The Elder Scrolls V: Skyrim. Just like Nehrim, it takes place in it’s own world, the universe of Vyn, which is totally unrelated to the lore of Tamriel. While taking on the strengths of Skyrim – the open-world, freedom of choice and the dynamic combat system – it puts a stronger emphasis on story, featuring a 30 hrs. + mainquest with complex characters and mature themes. Furthermore, the gameplay is overhauled entirely, going back to a rather traditional leveling and class-system, while at the same time maintaining the sandbox-character of the Elder Scrolls Games. Also, the continent of Enderal, where – who would have thought that 😉 – the game takes place, is divided into five different climatic regions, ranging from heathlands to lush forests, from deserts to cold, snowy mountains.

Articy: For what part of your work are you using articy:draft? What do your workflows and processes usually look like?

SureAI: Putting a lot of effort into quests and story, we mainly use Articy Draft for our writing and narrative design. Usually we start by creating a rough layout of the quest by placing and connecting flow-fragments, including all the different endings depending on the players choices and actions. Then, before starting with the actual writing, we layout the locations the quests take place (f.e. a merchants house, where the player has to break in), marking all the important elements such as the entry point of the level, the player’s goal (say, a chest) and the different paths he or she will be able to take. Once this is done, the level designers start realizing these locations in-game, while the writers start writing the dialogue, also in Articy Draft.

Furthermore, we use AD to visualize gameplay concepts, such as, for example, special abilities the player can learn and combine with each other. In order to do that, we create entities for these abilities, containing information such as primary and secondary effects, cooldown, the assigned discipline/class, and the like. This make it easy to create things such as synergy charts, that show how the abilities are intertwined with each other.

Articy: What were your expectations on articy:draft, when you started working with it? 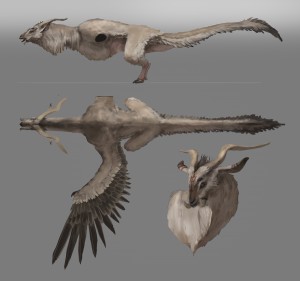 SureAI: Well, we mainly expected a tool that would simplify the creation of non-linear dialogue and quests. Keeping track of more than 50 different word documents turned out to be a real pain, especially when something like a characters name had to be changed quickly.

Once we got into it, we realized Articy could offer more than that, particularily the “entity-system”, which I personally – as a writer – found very handy to remind myself of a characters motivations, factions, race, et cetera.

Articy: Which feature would you like to see the most in a future articy:draft update? 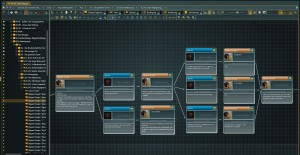 SureAI: One feature we still miss is the creation of charts and tables similar to excel, which would come in particularily handy in Gamedesign and balancing – for instance, a table containing all of the aforementioned special abilities, showing all their attributes (such as damage, cooldown, the subordinate discipline, et cetera) in columns.Right now all of these charts are linked to external documents, which makes handling them a little clunky.

Articy: Thanks a lot for sharing this information with us! We wish you all the best for “Enderal” and your future projects! 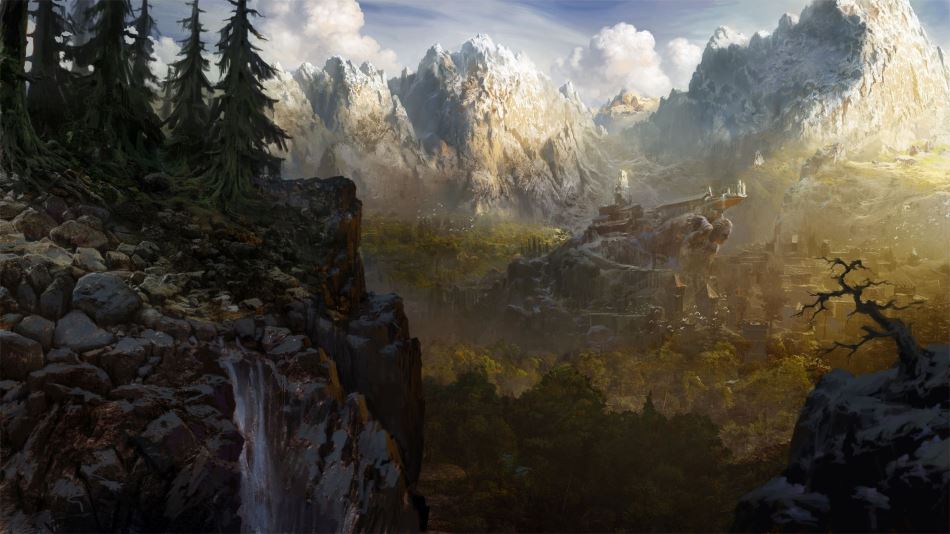 You can find more information about Enderal on www.sureai.net, with regular updates and newsfeeds, as well as Facebook and ModDB