If you’re a fan of cyberpunk RPGs you’re probably already aware of the launch of Gamedec next week and are as excited as we are. But if by chance you haven’t heard of Gamedec just yet, then it’s time to get even more excited because you’re in for a treat!

Gamedec is a single-player, non-combat, cyberpunk, isometric RPG where you are a gamedec – a private detective who solves crimes inside virtual worlds. You have the power to save lives or destroy them. The decisions you make will alter your character’s traits and impact the course of the game.

Intrigued yet? So were we, so much so that we couldn’t wait for the launch next week and already went behind the scenes to talk to our friends at Anshar Studios and get insights into the inner workings of the game and its development. Read on to see what we found out. No worries we kept it spoiler free.

Articy: Let’s start with a short introduction of you and the team at Anshar Studios

Paweł Janeda: We started in 2013, initially as the company that provides 3rd party support for any other studio that needs to outsource some part of its project or design the game from scratch. That basics help us gather experience and funds to become steady and start with 1st party projects, like Gamedec, which is now in the final development stage.

Articy: Gamedec is a cyberpunk detective RPG, where the player solves crimes inside virtual worlds, and it is a non-combat game. Did you start out with these premises, or did the idea evolve during development?

Paweł Janeda: When we brainstormed how the game should play, the first idea that came to our minds was to create a deck-building card game with straightforward mechanics of facing off the opponents on the gameboard. It even had the storyline – we took one novel of Gamedecverse’s creator Marcin Przybyłek and created plot and storyboards based on it. Some of that early content even managed to stay in the recent version. The next iteration was a tabletop brawler where you get the new pieces of the story with progressing on board. That’s when the plot branching idea came out, but this form didn’t quite match the direction we wanted to take as a company – to make a narrative-driven RPG game. We decided that Gamedecvese deserves a proper RPG with highly developed storytelling and multiple choices that profoundly affect the plot.

Articy: In most cyberpunk settings the virtual worlds are highly abstract constructs and are mainly visited for hacking purposes. How did you come about introducing vibrantly colorful settings like for example a free to play farm world into Gamedec?

Paweł Janeda: Our motivation in making the Harvest Time was to break from classic cyberpunk esthetics and introduce something brand new and fresh. The design of Harvest Time is closely associated with the lore of the game. If people tend to spend more time in virtual worlds by the end of the XXII century, then, in reality, those worlds become the places where some shady businesses are looking to earn easy money in a not very ethical way. Harvest Time is an agriculture simulation network game, so appealing because when nature is hostile towards people in the real world, you can spend days on the sunny farm, pet animals, and have fun in the saloon. But it has a second layer – an undercover child labor platform with a very eye-catching design and highly addictive mechanics. But Harvest Time is just one of the virtualias where the player will have to solve the cases as a Gamedec. Created by Marcin Przybyłek idea of multiple and diverse virtual worlds has let us have freedom and use our imagination to choose the settings of the levels we were designing.

Articy: The tagline “You are the sum of your choices” was used in a lot of Gamedec press material. Can you go a bit deeper into the meaning of the phrase and tell us how it is reflected in the game?

Paweł Janeda: One of our main goals when designing the Gamedec was to simulate the experience of playing the tabletop RPG. These games emphasize character creation and development and a lot of leeway in deciding what the player’s character is and how he is affected by the events he encounters throughout the session. In the beginning, Gamedec’s protagonist is almost a clean slate, and actions and decisions the player will take will determine what traits he will develop. There are no good or bad choices, but each one will impact how the NPC perceives the player’s avatar. And more than that, the consequences of your decisions will often affect the future cases that Gamedec will be solving.

Articy: Gamedec gives players the freedom to approach situations from different angles and does not push for one ‘correct’ solution. How did you make sure that player actions can not break the overall narrative?

Paweł Janeda: With Gamedec, we emphasize the detective’s work and the multifaceted, non-linear approach to storytelling from different perspectives. Similar to the investigator’s work, depending on the player’s thoroughness and dedication, more or less clues he will gather, which translates into more possible outcomes for the specific case. The case-solving paths in Gamedec have the shape of the Gaussian curve, where there are countable endings. Still, the player’s conclusions and plot development directions depend only on his decisions.

Articy: At which point in development did you decide you need to use a professional tool and what made you opt for articy:draft?

Paweł Janeda: From the almost very beginning of Gamedec development, we were sure that we would produce the game with many vast and complex dialogues and decision branches. We wanted the players to see that they are genuinely interacting with the game. Their choices affect not only lines of texts but also NPC’s movements, surroundings, music, and more. We needed a software that encloses game writing, planning, and content management in one handy tool. With its efficient workflow and flexibility, articy:draft was a clear choice.

Articy: What features of articy:draft did you find the most valuable and how did you make use of them?

Paweł Janeda: Making a game, especially one with so many lines of dialogue and interactions, is an iterative process. Making changes in many locations at once increases the possibility of making a mistake, which may waste time. articy:draft provides a very straightforward way for us to conduct our tasks to overcome these problems. An instruction block is an answer to the problem. The first benefit of such a feature is that it lets the designer know precisely when a specific activity is carried out. It’s worth noting that altering the placement of the instruction block in Unreal Engine doesn’t necessitate any modifications; we’re just calling a function that has already been declared at another point in the dialog.

Articy: You are using the Unreal game engine for Gamedec. Can you tell us a bit about your workflow in regards to articy:draft and Unreal

Paweł Janeda: The ability to quickly prototype a game using Blueprints and manage the flow of gameplay directly from the dialogues produced in articy:draft makes it an ideal pairing for making a choice-driven game like Gamedec. It enables the designer to rapidly see if any modifications to the project are presenting the story correctly. We made the right decision using articy:draft to create interactions and extend it with user-created functions and our plugin. We could swiftly construct tools for debugging interactions between articy:draft and UE4 thanks to the ability to generate editor utility widgets for Unreal Engine, which was critical for developing our game. Making quick judgments regarding job simplification has resulted in practical benefits for the team, such as faster interaction iteration and rapid prototyping, which has allowed us to lead the player without involving programmers.

Articy: If you were to give one single piece of advice to a new studio, starting on their first game, what would that be?

Paweł Janeda: It’s hard to pick the only one, but the most important thing is to try to make your game fun in the first place. Of course, there is no universal concept of “fun.” Depending on the person, its perception may differ, but developing the game to entertain the player should be high on your design priorities list.

On Steam On GOG On Epic Store On Humble 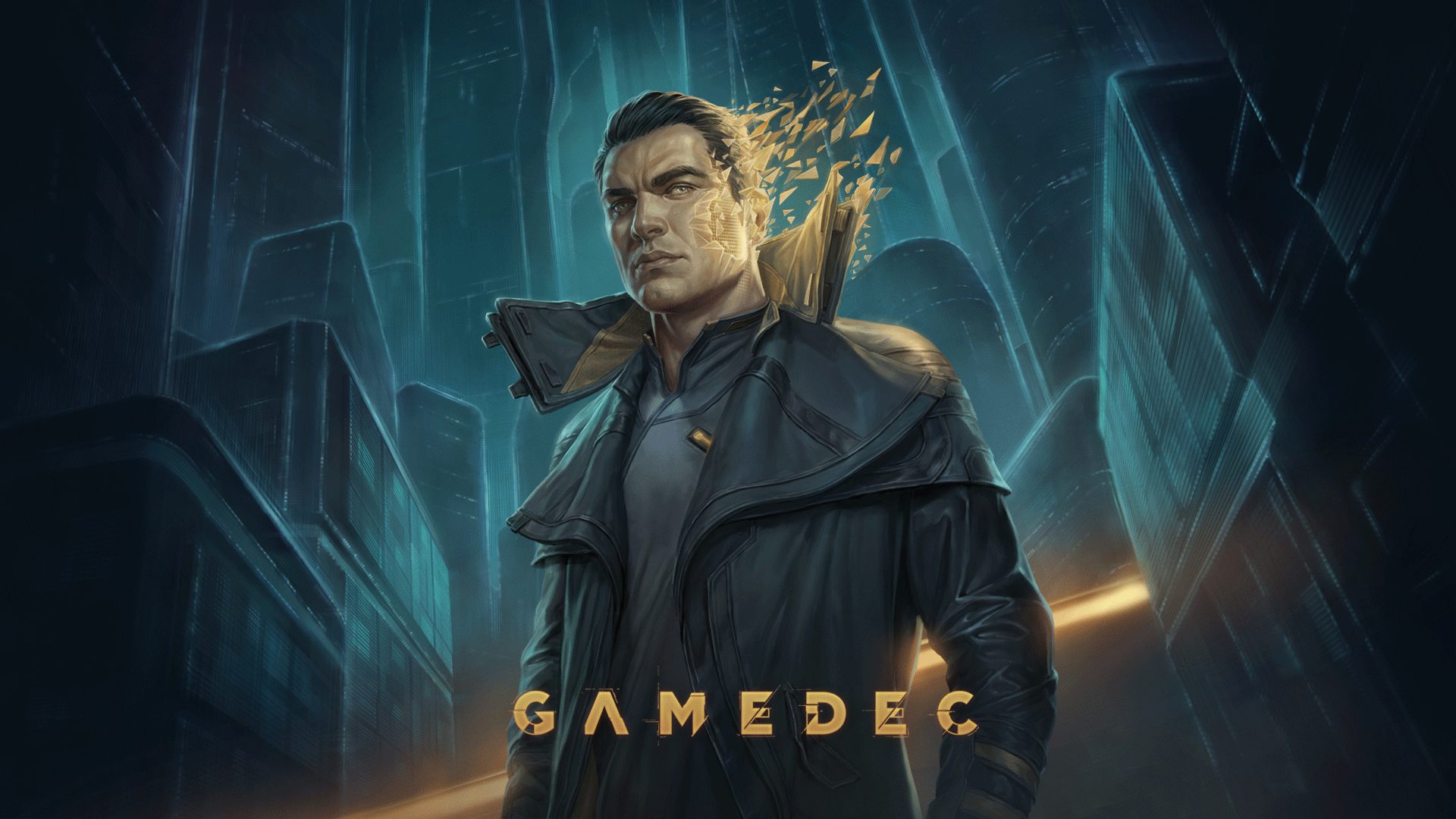