We’ve already had the chance to talk to the guys from SureAI in the past. You can find the interview here. So, this time we are not so much focused on how SureAI used articy:draft in their development process. Instead, we asked Nicolas Samuel, Project Lead at SureAI, about some of the difficulties modding a game in such a complex way SureAI did with Enderal.

This is, if you will, more like a postmortem retrospectiv interview.

A lot of people came and went in the course of the development.

Articy: Please tell us in a few words about SureAI, who are you guys and what you’ve accomplished so far?

Nicolas Samuel [Nicolas]: We are a team of non-commercial developers, mainly based in Germany. Since 2003, we have been creating grand-scale game mods for The Elder Scroll‘s series , as well as one story mod for Fallout 3. Our most recent projects are Nehrim: At Fate‘s Edge and Enderal: The Shards of Order, a Total Conversion for Skyrim.

Articy: I can imagine that if you’re developing without commercial interests, it‘s hard to keep up the motivation. So, how do you manage to finish your projects nonetheless?

[Nicolas]: Yes, unfortunately, that is the truth. A lot of people came and went in the course of the development, and from some of these unexpected, unannounced drop-outs, the project suffered greatly. The main reason we finished it nonetheless was that, towards the end, we cut a lot of the content and assigned all of the vital tasks to members of the core team.

Articy: Have you ever considered to keep the effort lower than planned by cutting features, ideas or complexity? 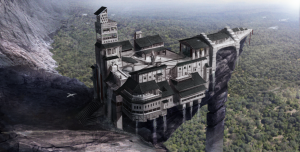 [Nicolas]: As mentioned above, yes, we did – even though many of these cuts hurt a lot. We are hoping to add some of the left-out features and quests in later content patches.

In general, I think that cutting content is always something that has to be done in a non-commercial production – while it is true that there is no financial pressure and no definite deadline for a gold master, there comes a point where people will start losing motivation, usually after a couple of years, which is, in a way, comparable to running out of money. Most non-commercial projects fail for that exact reason and are never heard of again. So, in the end, I think that it is always good to be aware of which features are truly important for your project and, if push comes to shove, go for a content cut rather than stubbornly sticking to your original plan.

We have project schedules, milestones and a very active Skype group.

Articy: You’ve had some fluctuation in your core team. How do you manage to successfully coordinate all the different people and their tasks?

[Nicolas]: Communication is the key – we have project schedules, milestones and a very active Skype group, in which we always share our thoughts about the project‘s current status. Also, the leads and project managers constantly asked for feedback from the other team members to make ensure that we know as soon as possible if a team members isn‘t able to complete their task and react accordingly.

Articy: Maybe a trivial question but coordination requires communication. How did meetings take place? Digital or in an office?

[Nicolas]: Mainly digitally. We also had a couple of team meetings in Munich, maybe once or twice a year.

Articy: Was it, at some point, difficult to communicate the seriousness of the project? Do you notice that people have a different work ethic when it’s „just“ a non-commercial project? 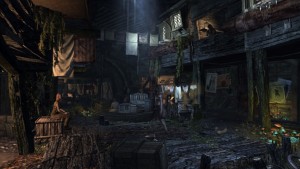 [Nicolas]: Yes, definitely. For starters, it is hard to get professionals to participate in a non-commercial project (apart from voice actors – most voice actors we contacted were extremely helpful). That usually means that the team will always have a fair percentage of amateurs or young game developers. While the core team was very motivated and serious about the project, we had a lot of new team members who, as it turned out a couple of weeks or month after they had joined, had completely different expectations about their involvement in the project. A lot were upset if they were asked to do non-creative tasks and felt that they were entitled to have a big say in every creative decision, even though they were newcomers: Because, as they saw it, it was a non-commercial project after all.

And this is it for part one of the interview with Nicolas Samuel. We thank him for taking the time to chat with us. Part two will be released in some days. In this Nicolas will be talking about the things that went totally smooth, the things that went wrong and gives tips to aspiring gamedevs or modders. Stay tuned. You don’t want to miss it …